The landscape lover’s guide to blue-sky thinking
In the Media What's On Blog Gallery Friends Contact Find Us
Finding shade ‘neath the canopy of Tipuana tipu, an introduction from South Brazil & Bolivia 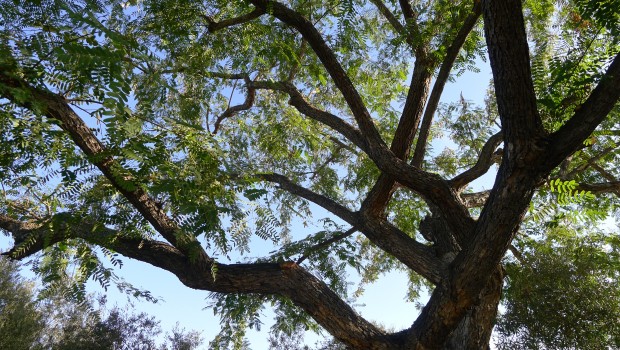 A view to the San Andreas Mountains 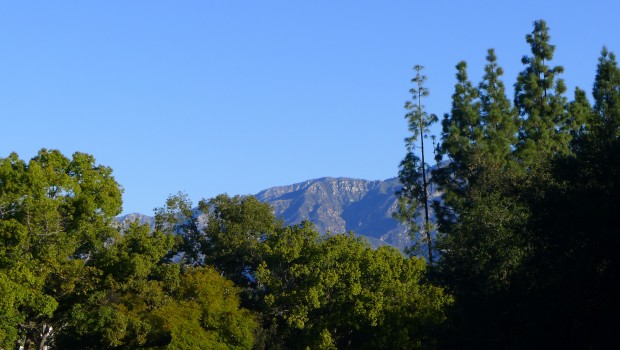 I’m fortunate to be currently based in Pasadena, California, having been granted a month-long research fellowship at neighbouring San Marino’s fabulous Huntington Library. My quest, to unearth new contexts for their mind-blowingly expansive archive of historic treasure, more specifically, to find previously unknown history regarding our own eighteenth century Park at Hagley. Somewhere in the depths of the countless rare manuscripts reside clues to the original complexion of our Park. Clues that can help guide and inform a more accurate restoration, but whilst this adventure unfolds and I deliberate on the value of snippets browsed from here and there. I thought I’d share some of my other thoughts.

Out here, in what would be desert without human intervention, it’s impossible not to do blue-sky-thinking when blessed with the eternal azure up above, but making best use of my time, my mind does for the most part remain focused on the same things that concern me when back at home in Worcestershire, they’re just thought about with the added distractions of this somewhat different space, and hummingbirds! Breaking the horizon in the space between the dizzying array of architectural styles that line my way on each mornings stroll to the coffee shop, and breakfast, are the San Andreas mountains, where the sunlit defined ridges and ravines remind me of the geological processes that created the intricacies of the Park’s shape at Hagley. The streets on route to the Library are lined with completely different tree species to those at home, Olive, Camphor, and California coast live oak, but they do still line the streets with trees. Yesterday, taking a different route through to the Huntington, I diverted through the grounds of Caltech (California Institute of Technology, and, home of NASA’s Mars Rover), slowing down as I walked through the obviously designed landscape within, I gazed into the up-stretched limbs and broad spread of tree canopies bringing shade and shelter to the benches situated beneath, allowing the possible pleasures of discussion, reflection and relaxation, exactly the same way as the visiting intellects that sang the praises of Hagley used the shade of its huge mature oaks in the eighteenth century, and if we cast our glance further back, how previous civilisations have used them since the beginning of time. I later discovered the garden at Caltech was created by the legendary 20th century designer Beatrix Farrand, whose husband also happened to have been the first director at the Huntington. Farrand, with great foresight, advocated the use of native species to link her designed landscape with its natural surroundings, and this struck another chord with home, Hagley Park being, in its day, celebrated as a true picture of English nature, immortalized in literature by James Thomson in his Seasons, as a place reflecting the history of the nation, where indigenous Nature survived almost intact, only occasionally embellished with exotic specimens.

So although many miles away, in a different climate (ie not trudging in snow to find the source of Hagley’s springs like last January), it is still just as easy to reflect on the content of a Park I have now grown to feel is part of me. And whilst the desert sun is almost uncomfortably the brightest I’ve ever known, at least at its height and in the heat of the day there’s an encouraging refuge in the shade of the Library book-stacks, where I can explore to my heart’s content, and thank the heavens for air-conditioning!